Also known as IGH, internal gear hubs are becoming the new trend in cycling throughout the past years. They provide better lifetime durability and just work better for commuters and anyone in the bike touring realm. Moreover, they require less maintenance than a typical derailleur bike would need over time.

The downside is that most bikes don't come with gear hubs. And if you aren't well versed with bikes, you might find it next to impossible to select an internally geared hub that suits your bike. We've reviewed the best internal gear hub and found the top 5 IGH products worth considering.

But before we go into the list of the top gear hubs, here are some pros that make internal gear hubs well worth switching to over derailleurs.

Why Upgrade to an Internal Gear Hub? 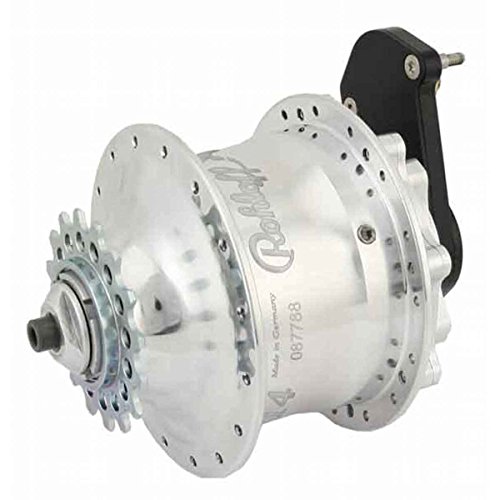 If your planning to go bike touring and need a reliable internal gear hub, Rohloff will be a perfect choice. Rohloff has been around for a few years now and has gained outstanding popularity among bike tourers for this model. Moreover, it features the highest gear ratio of all the internally geared hubs we've tested with a gear ratio of 526%.

With the Rohloff Disc-Speedhub, you get a 10x135mm axle that features a 14-speed system. With that many gears plus the added benefit of it being an IGH so you can change gears even when stopped, you'll undoubtedly love the Rohloff. The only downside is the high price you'll need to pay upfront for this internally geared hub. However, if you can afford it, you won't regret spending on this one as you'll get reliability and performance for years on end.

Next up on our top recommended IGH is the Shimano SG-3D55. This internal gear hub can be used on almost any kind of bike, but as it's a 3 speed, it'll be most suitable for eBikes, or even a road bike. With a 186% gear range and impressive durability, this IGH is an excellent deal overall.

However, keep in mind that it doesn't come with a shifter or disc rotor. Thankfully, they've included a 19 tooth cog and a non-turn washer, so that makes up for the minor shortfall. And the incredibly affordable price that it's currently selling for makes it all the more worth checking out.

The Sturmey archer strikes a very good balance between price and performance among all the internal gear hubs that we've reviewed. It has very extreme gear ratios, which is a good thing for tackling any terrain. Moreover, thanks to its 8-speed hub, you'll have no issues going anywhere on this bike comfortably.

You can install it on your electric bike or any other type of bike for that matter as long as you make sure the dropouts' width matches your bike's axel width. With this internal gear hub, you get all the cables necessary for installation in addition to the shifters. The shifter's inclusion makes it well worth the price as some more expensive models doesn't include shifters. 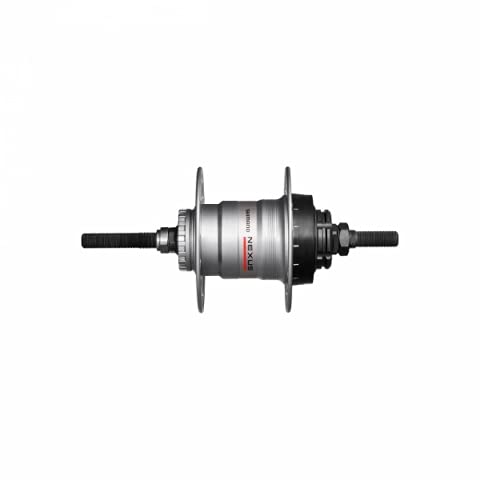 The Shimano SG-3C41 is another excellent internal gear hub that we just had to recommend since it's from the Shimano brand. We've never had any complaints using products from Shimano, and this IGH isn't an exception. With the Shimano SG-3C41, you can expect reliability and performance that is well suited for commuters.

Moreover, it is one of the most manageable gear hubs to install, making it very good for even beginners. So while it doesn't come fully assembled like some of the other hubs, it has good instructions to set it up. The only slight downside is that the gear shifter is not included with this hub.

Thankfully, like any good internal gear hub, the Shimano SG-3C41 will require very little maintenance over its lifespan and will take you through any riding condition. And we think that makes up for its only downside of not including a shifter. So, if you want an easy to ride cruiser to take you around town, this might be the best option for you. 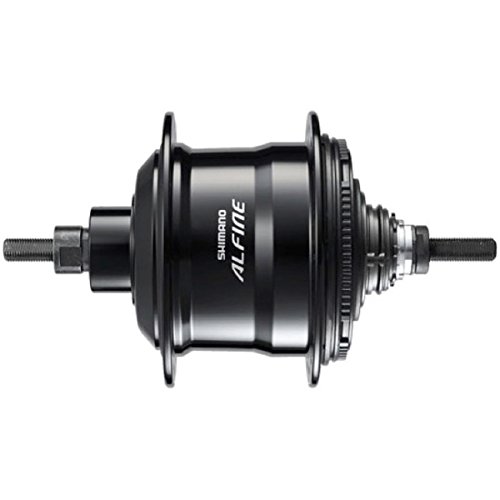 The Shimano Alfine is one of the more popular internal gear hubs around right now that we really love and recommend checking out. The only downside is that it cost a little more than some of the other. However, it makes it up when you consider its performance.

With the Shimano Alfine, you get two size choices that will fit a 32H or 36H bike. Moreover, each of the two size options also offers differences in gears with the 32H offering 8 Speeds while the 36H offers 11-speeds. With that many gears, you'll find this internal gear hub more than suitable for any e-bike or non-e-bike.

We were really impressed with the shifting performance that is offered by this IGH. And with a high gear range of up to 409%, there's nowhere you won't be able to go smoothly with this IGH installed on your bike.

Now that we've come to the end of the internal gear hub reviews, we often get asked some other questions that we'd like to share the answers to below:

What is the best internal gear hub?

What are the main differences between Internal Gear Hubs vs Derailleurs?

The internally geared hubs at present offer at most 14 gears while derailleur setups offer up to 27 gears. Moreover, it is more expensive to install internal gear hubs on a bike than to upgrade derailleurs. They also weigh a bit more. However, the pros outweigh the cons as they last longer and require less maintenance. The pros make it well worth the price to upgrade.

Are internal gear hubs any good?

Internal gear hubs are an excellent alternative to a standard derailleur setup and offer more reliability than derailleurs. They tend to last longer and require far less maintenance. Moreover, internally geared hubs allow you to shift gears even while stationary, so they are very good to ride in city traffic.

We've never regretted installing an internal gear hub on one of our bikes as it has outdone many derailleurs over the years. Moreover, the times where we had to do anything to maintain it can be counted on a single hand. As such, we highly recommend swapping out or upgrading to one of the best internally geared hubs we've listed above.