Commuting is a tough challenge for city dwellers. If you’re tired of sitting in traffic, spending more money on gas than you can afford, or running late to work every day, commuting on a road bike might be the perfect solution.

I’ve had many days where it took me an hour to complete a short commute to work due to traffic congestion. On those days, I was more than willing to change my commuting strategy and give biking a try. The tricky part came when I needed to determine which bike would be best suited for urban biking. It wasn’t until I gave all the most popular commuting bicycles a try that I realized how great it is to commute on a road bike.

In this article, I’ll share everything you need to know about road bike commutes from the knowledge I’ve gained commuting for the past 4 years on different styles of bike, including a road bike. I’ll also include all the advantages and disadvantages that come with riding a road bike for commuting.

But before that, I’ve got to answer one question I get asked all the time:

Can you use a road bike for commuting?

Yes, a road bike can be used for commuting because most of them have features that make commuting easy such as a lightweight frame, aerodynamic handlebars, and high-performance tires that make traveling on paved roads easy. Furthermore, they are very durable and require very little maintenance!

To give you a better idea of what commuting on a road bike is like, I’ll share what it was like for me and why I started using a road bike for getting around:

In the beginning, commuting was challenging. I didn’t know what to expect or how to go about it, especially after being in a car for many years. So I started my commutes on an old beat-up mountain bike that I quickly got tired of and swapped out for a proper commuter bike. I rode my bike everywhere for months until I met another biker(Mike) who surprisingly did his commutes on his Specialized Tarmac.

We rode together a few days since we commuted in the same direction. However, after a few weeks, I realized that he seemed to be having a much more fun time than I did. That’s when I figured that all the conditions for my trips didn’t require a typical bike, and I could indeed use a road bike since Mike was doing so just fine.

I quickly purchased my first road bicycle (it was a decent cheap used one, under $1000) and have never looked back since(albeit after a few modifications) except for a few days when the conditions called for me to use a proper commuter bicycle. I’ll talk about it in the section about the disadvantages of road bikes.

However, taking all of this into consideration, the payoff from riding my road bike to work versus driving was well worth it because I could save money on gas, have more time to connect with my community through commuting, and make a more sustainable life for myself. All while burning a good amount of calories biking every day, which has kept me fit this day.

With that said, you can definitely get away with using road bikes for commuting. BUT there are a few other factors you need to be aware of beforehand!

Here’s a quick comparison of a road bike vs a commuter bike:

What is a road bike?

A road bike is a lightweight, powerful bicycle that concentrates on speed and efficiency. It has a very narrow tire, called a clincher, to reduce rolling resistance. The word “road” refers to the type of terrain on which it is used. In the past, road bikes were only ridden on smooth paved roads in races. However, nowadays, you can spot a road bicycle almost anywhere.

A road bike is created for speed, making commuting by speeds of 30 mph (45 km/h) easy. It also has an aerodynamic frame and a drop handlebar that allows you to cut through the wind easier than you would on any other type of bike. This makes commuting faster than it would be if you rode on a normal bike such as a hybrid bike.

What is a commuter bike?

A commuter bike is just any bike that is designed for commuting or getting around. They are perfect for riding on paved roads because they can withstand the wear and tear of commuting over time. In addition, they usually come with a light, durable frame that allows them to be easily transported after you are done riding. These bikes are also often very compact, making it easy for people to store them in tight places such as their apartments.

The types of bikes that can be considered commuting bikes are touring bikes, road bikes, hybrid bikes, folding bikes, cargo bikes, and eBikes. All of those bikes make for very good commuters, and they can all be used for long distances.

What’s the main difference between a commuter bike vs a road bike?

The main difference between a road bike and a commuter bike is what the bikes are made for. A road bicycle is more lightweight, powerful, and designed for high speeds. On the other hand, a commuting bike is comfortable to ride, usually with a flat handlebar, a comfortable seat, fenders to protect you when it rains, and maybe a bike rack. Commuter bikes also have wider tires that can be used in areas with bumpier terrain, while a road bike tire wouldn’t be as versatile on varying city terrain.

What are the Pros of using Road Bikes?

What are the Cons of using Road Bikes?

Why would you use a Road Bike instead of a Commuter Bicycle?

Now that you know the pros and cons of road bike commutes, it’s time to figure out if this type of bike is worth your while.

The main thing that makes road bikes better to ride to work or school is that they are faster and more lightweight. If you have a long-distance to go, then you’re going to want to use the most efficient means of transportation possible (another point for road bicycles since they are faster). They also are easier to carry up and down stairs than a heavier bike might be.

However, if you don’t live very far from your usual destinations, then the speed that these bikes provide may not be so relevant. If you live in an area with bad weather, potholes, or terrains that are hard for bikes to travel on, then you might want to use a different type of bike. Try a hybrid bike, mountain bike, or make a switch to the convenient electric bikes.

Other considerations when buying a commuter road bike

When you’re looking for a commuter road bike, there are some things to consider. The most important ones are:

How often do I plan on commuting, and to what destination?

The distance you plan on commuting is one of the biggest things you need to consider. If you are mostly traveling very short distances, you might get more use out of a different type of bike. Furthermore, if you will mostly do grocery runs, you also might want to go with something different since you won’t be able to add racks and so on to your bicycle.

Your budget is also another point you’ve got to consider since road bikes can cost a lot of money. They also have fewer accessories that you might be able to add on a cheaper bicycle. Most bike commuters are trying to save money, among other things, which you most likely are too. So if you don’t have a good budget of over $800, you should definitely go for something cheaper.

What type of riding surface am I going to be on?

If you have to go through bike trails, potholes, and up/down steep hills that aren’t paved properly, then you should look into getting a bike with shocks. Please think of this as bumpers on your car; they will save your wheels from being damaged by any hitches on your journey. On the other hand, if you have to go over flat pavement most of the time, then using a road bicycle will be perfectly fine.

To conclude, road bikes are great for short-distance and long-distance commuting but may not be the best option for people with bad weather or terrain. If you’re interested in using a road bicycle for commuting, make sure you have a good budget, commute on mostly flat pavement, and don’t need things like shocks, bike baskets, or racks. 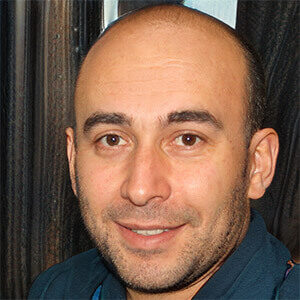